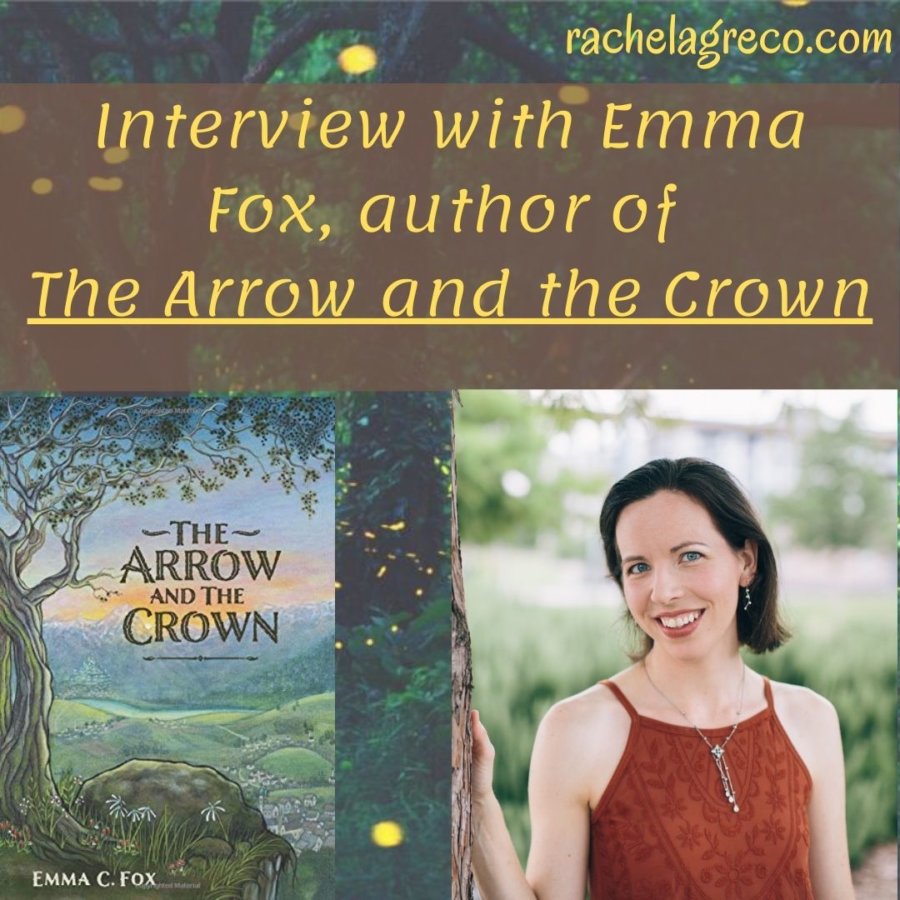 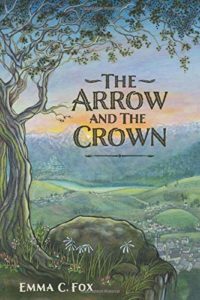 It’s my delight to introduce you today to one of my favorite new authors and friends, the lovely and talented, Emma Fox–author of the YA fantasy, The Arrow and the Crown.

1. Where did the idea for The Arrow and the Crown come from?
This book began, oddly enough, with a vivid dream. I saw a man sitting outside a tumbledown cottage in a forest clearing, tending a wounded fawn. A dark shadow loomed behind him like a thick, black mist. When I woke up, I couldn’t shake the image from my mind. I started asking what if?questions, and a story began to emerge. I’d traveled through Bavaria and the Black Forest of Germany the year before, and knew right away that this was where my story “belonged.”

2. Is it true that you did all the illustrations for the beautiful chapter headers yourself? If so, where did that inspiration come from?
It’s true, though it was really more of a happy afterthought! I have a minor in art, but haven’t had a chance to do much with it since college. After finishing Arrow, I had a couple months of downtime while waiting on the final publication stages of my manuscript. I started doodling out some Arrow-related sketches and enjoyed it so much, I decided to make a small drawing for each chapter header. Each one provides a “clue” to the chapter that follows: a fun extra for my readers!

3. What was your favorite part to write? Your least favorite?
I loved writing all the scenes with Warren and Anna. They have such a tender, yet powerful friendship. I also loved writing Uncle Albrecht’s lines! He’s a crusty-but-loveable old man with loads of practical wisdom and some carefully-guarded secrets.

There wasn’t really a least favorite part to write, but there were some painful ones. As a writer, I try to enter into my characters’ emotions and experiences as deeply as I can, and there are several characters in Arrow who are dealing with a lot of hurt. When I was writing out the first draft, I sometimes felt like I was walking around with a bellyful of stones. It was a relief to bring my characters back into the light after walking through the darkness with them.

4. I love the dryad-like creatures in this book, especially because they’re so rare in today’s fantasy. How did the idea come to you? Did you draw on any known folklore/myths for these parts?
I love trees. As a kid, I spent lots of time climbing them, and relished all their different “personalities” of bark and leaves and growth habits. The dryads in C.S. Lewis’ Chronicles of Narnia and the Ents in Tolkien’s Lord of the Rings fascinated me, and I always wished there were more stories about them. I had so many questions! So when I decided to set this novel in an enchanted forest, I knew from the start that dryads would play an important role. 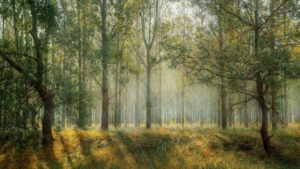 I guess I’m a little bit like both Warren and Anna. Like Anna, I love horses, prize loyalty, and relish adventures. And like Warren, I enjoy tinkering with herbal remedies, helping wild animals, and discovering secret, beautiful places. I admire both Warren’s patient courage and Anna’s impetuous spunk, and would like to have more of both. I hope that I’m the least like Lord Grimholt, with his pride and lies—though of course, from his perspective, he’s perfectly in the right!

6. What part of the writing process comes easiest to you? Which is the most difficult?
I love research! Although The Arrow and the Crown is fantasy, I enjoy fantasy worlds that feel rooted in real times and places. The kingdom of Weissburg is based on the southern German region of Swabia, in the 10th century. Although I took some liberties, I spent many hours meticulously researching such details as how to thatch a roof, which crops were grown in that time period, and the finer points of clothing, armor and weaponry.

Once I had the characters clear in my head, it was easy to “hear” their voices and write down their dialogue. The action scenes were the most challenging. It’s difficult to get the pacing just right, and I went through many drafts trying to nail that.

7. What excites you most about writing and reading fantasy?
I love how well-crafted fantasy wakes me up to the wonders of the world around me, heightens my awareness of good and evil, helps me relate to other people with greater compassion, and inspires me live out daily life with a little more courage. I’d like to give readers those same gifts with my stories.

8. What are some of your favorite books of all time?
J.R.R. Tolkien’s The Hobbit and The Lord of the Rings captured my imagination at an early age, along with Lewis’ Chronicles of Narnia. I’ve re-read them many times, and even as an adult, they continue to captivate me. I also find myself drawn to stories with vibrant characters and rich symbolism that play along the borders of history and fantasy. Tuck Everlasting, The Book Thief and All the Light We Cannot See are a few favorites.

9. I know you’re working on another fantasy novel, which sounds fantastic. Can you tell us about it?
Sure! I’m currently at work on Stone Flower, a historical fantasy set in early 19th-century Russia.
The book weaves together both history and Slavic folklore, and tells the story of two teenage stonecarvers—Danil and Katya—who are trapped in serfdom but dream of winning freedom through their art. When their plans fall to pieces, Danil seeks help from the mysterious Queen under the Mountain, only to find himself trapped in a world where the darker side of Russian myth comes alarmingly to life. It’s up to Katya to match wits and skill against both human and immortal foes before Danil is imprisoned for all time… 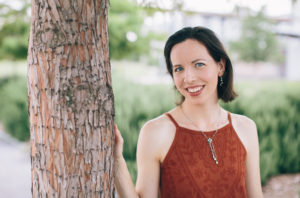 Rachel’s note: Doesn’t that book sound incredible?! I can’t wait to read it!

What questions would you ask your favorite author?

Tags: Beauty and the Beast, Dryads, Emma Fox, Enchanted Forests, The Arrow and the Crown, YA Fantasy