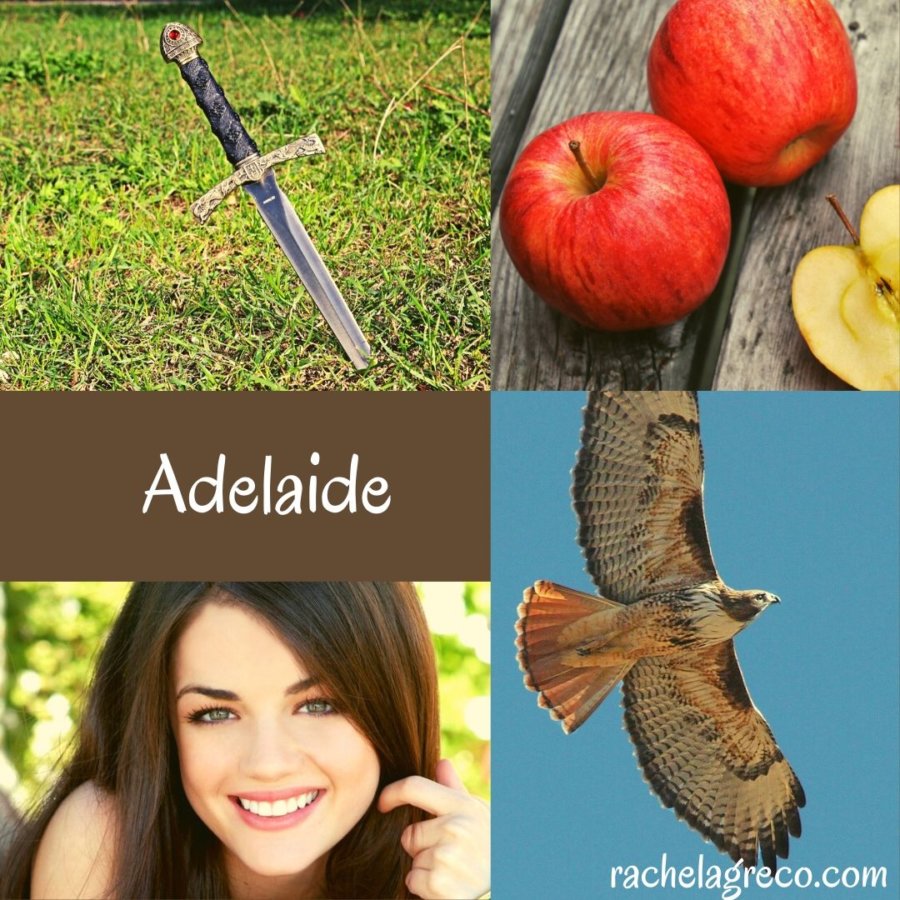 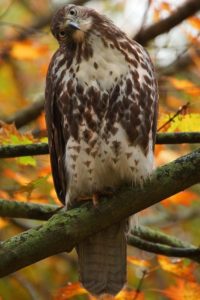 She seeks revenge and justice. He seeks peace and unity. Can they form the trust needed to save those they love?

I thought it would be fun to give you a sneak peak into my medieval/folklore YA fantasy novel, The Gift of Dragons. What better way to do that than introduce you to the fierce, determined, and brave female protagonist, Adelaide?

When the book begins, Adelaide (or Ade as some characters call her) is planning a rebellion to overthrow the ruler of their kingdom, Klinhun, since he did nothing to prevent the murder of her sister.

I wrote the following interview several years ago when I first began discovering Adelaide’s character. I hope you enjoy it, and feel free to let me know if you have any questions you want me to ask Adelaide or about the project in general (don’t worry, I won’t give away any spoilers!).

The Scene: Adelaide walks up to our chairs beneath two oak trees sprinkled with leaves with her hawk, Cyr, perched on her shoulder.

Me: What’s your favorite thing about your hawk, Cyr?

Ade: He doesn’t expect anything from me and provides food for my family.

Me: That’s great. Explain your relationship with your younger brother, Odo.

Ade: Odo’s such a dolt, but I love him. He questions everything and always thinks he’s bigger and stronger than he is. We tease and annoy each other constantly. When he really frustrates me, I threaten to sic Cyr on him.

Me: And does he believe you about Cyr?

Me (chuckling): Oh, of course. What do you miss most about your sister, Emma? 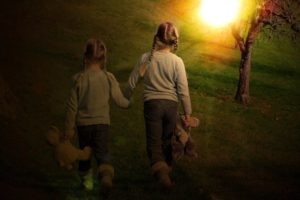 Ade: I miss everything–how she told stories every night while braiding my hair, our swims in the river during the summer, the way she loved animals, and the pranks we played on Odo.

Me: What’s your favorite memory of her?

Ade: There are so many. I loved how she helped me take care of Cyr when I found him injured in the woods. She stayed up late gathering the proper herbs and helped me mash them into a poultice for his wing. She gave him his name, you know.

Me: I didn’t realize that. Does it mean anything?

Ade: Not that I’m aware of. But we both liked how it sounded, like he’s a seer into the distance with his large, piercing amber eyes.

(Cyr clicks his beak as if he knows we’re talking about him).

Me: Where would you like to go most in your land of Klinhun?

Ade: I’d like to visit the sea. I’ve heard wondrous things about it, that’s its so vast you can’t see the end and so powerful it can beat cliffs into mere stones.

Me: I love the sea. It’s definitely worth visiting. What’s your relationship with the young man Gunter like?

Ade: He’s my closest friend. Like Odo, he can be a dolt, but not as often. We’ve known each other since we were as big as chickens. He’s also been very helpful and supportive of the rebellion.

Me: About the rebellion. What is it you actually plan on doing? 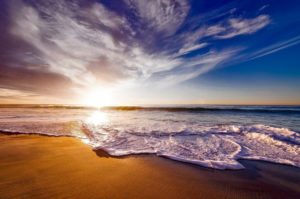 Ade: Because he’s a tyrant, lets his people starve, and doesn’t protect them when our enemies attack.

Me: What can you tell me about dragons?

Ade: There’s not much to tell. I suppose they ruled us at some point, though I’m not sure I believe it. They supposedly were fierce, powerful creatures who kept all the freedom and good parts of life to themselves much like our current human rulers. Until King Theodoric attacked and killed the dragon, Aloysius. Then they all left Klinhun.

Me: Do you know where they went?

Ade: No. I doubt they’re still alive, if they ever existed.

Me: Thanks so much for your time, Adelaide. We wish you luck on your journey to overthrow the king.

*If you want to follow progress on this novel and receive more sneak peeks, sign up for my monthly email updates here.