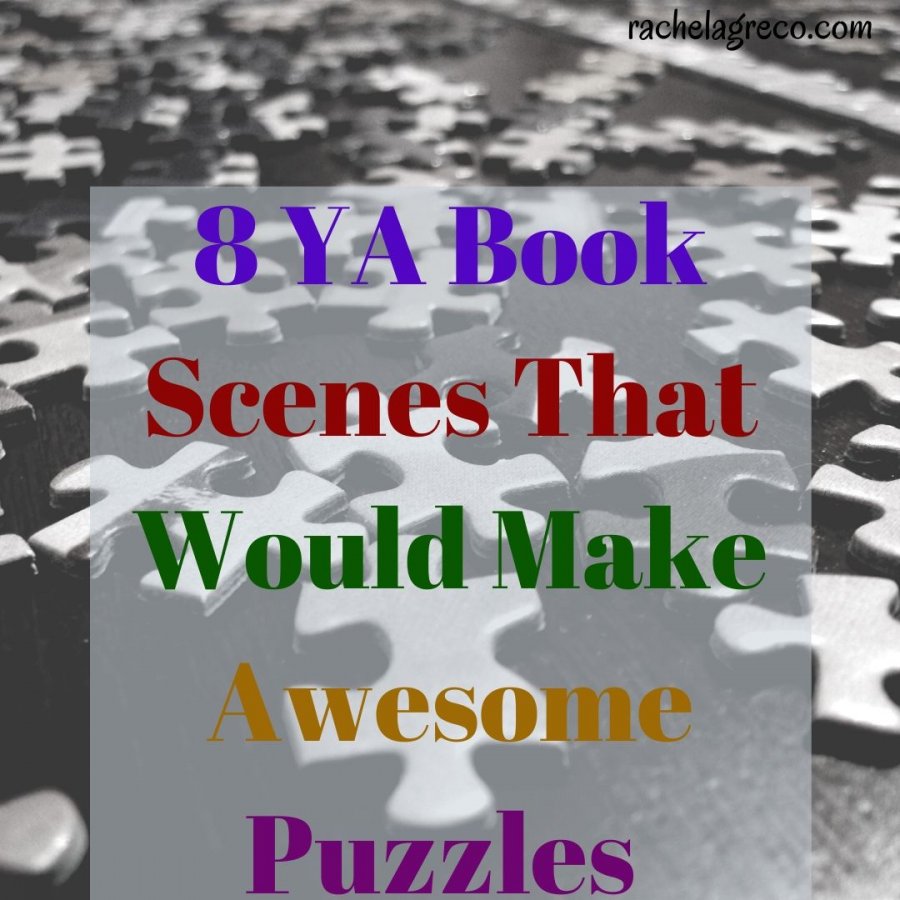 I’m a highly visual person, so I love it when I can visually see a scene or landscape in a book. That’s part of what makes reading so magical! Puzzles are a great way of bringing those scenes to life in an interactive way, and you could even keep them on your wall as decorations if you chose to. So here are 8 scenes that would make either stunning, thrilling, or unique puzzles.

The scene in The Scorpio Races where the two main characters, Sean and Puck, race each other on their horses atop the windswept cliffs would be a gorgeous puzzle.

In Firefight, the sequel to Steelheart, the characters enter a city that is strangely beautiful. They sail in boats between skyscrapers glowing with paint and fruit. Can they make puzzles glow-in-the dark? Because this scene would be perfect for it!

(Semi-spoiler alert) I love the part in Spinning Silver when Miryem enters the Staryk (elven-like lord)’s ice palace for the first time. What an enchanting, icy place (think Frozen, but bigger ;). All that blue-white would make a challenging puzzle!

The scene in Fireborne where Lee holds Annie in the air on her dragon while his dragon circles below would make a heartwarming, breathtaking landscape for any table or wall.

Many of the scenes in Catching Fire I wouldn’t want to see (besides the quick flashes in the movie), but the part where Katniss and friends are on the cornucopia as it spins with water spraying everywhere would be neat. Or even just the arena itself, as it’s so unique and lovely with the palm trees and twelves slices of water in the middle.

There are so many epic scenes from The Hobbit (not to mention The Lord of the Rings) that would make great puzzles! One that stuck out me though was when Bilbo’s talking to Smaug surrounded by all the dragon’s treasure. What a fun challenge that would be!

I apparently think many books with dragons would make epic puzzles ;). However, the scene in Eldest I have in mind doesn’t contain any dragons. Just elves in their captivating forest where they’ve turned the giant trees into dwellings.

Like The Hobbit, many scenes from the Harry Potter series would make excellent puzzles. Any quidditch game from the series would make an awesome landscape–especially the Quidditch World Cup in the Goblet of Fire. All those flying brooms and dancing leprechauns–what a sight!