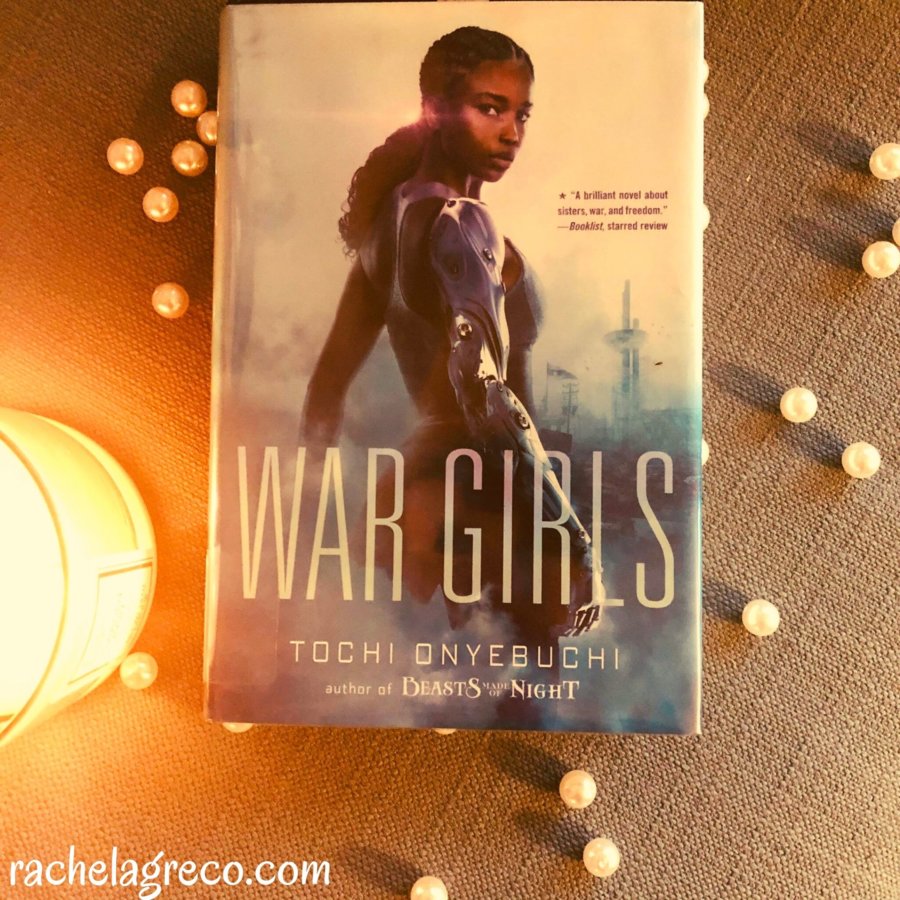 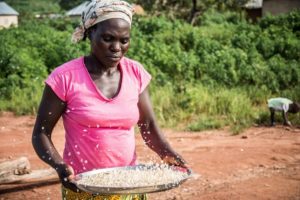 A civil war between the Nigerians and Biafrans is wrecking havoc on Nigeria in the year 2172. In a technologically advanced camp, Onyii lives with her younger sister, Ify, and other girls orphaned by the war. They enjoy their relative safety and peace until a bomb rips the sisters apart.

They’re thrown into different sides of the conflict and never think they’ll see each other again. Until, that is, a mission goes wrong. But reuniting will cost the girls everything.

I wanted to like War Girls so much, but I just couldn’t get into it. The book’s about war (no surprise there), so it’s harsh, violent, and, at times, graphic.

One of the main reasons I had a difficult time with War Girls was an inability to connect with Onyii and Ify. For most of the book, Onyii is more of a killing machine than a human, let alone a girl. There were glimmers of her emotions, fears, and a conscience, but not enough to help me empathize and root for her.

I liked Ify at first, but then she was too trusting of a certain character and forgot Onyii too easily. I did not like the woman she became at the end, and the change occurred too fast and unnaturally. I also would have liked to see more tenderness or at least some kind of deeper connection between the sisters at the outset of the book. Their only interactions were brief and consisted of Onyii telling Ify what to do.

The technology Onyebuchi wove into the novel was fascinating, especially Ify’s Accent, which gives her the ability to see all the network connections. I was confused a few times how this device worked and how it enabled her to jump into people’s minds. I also had a difficult time visualizing the mechs the War Girls fought with. Maybe I missed it, but for a while I 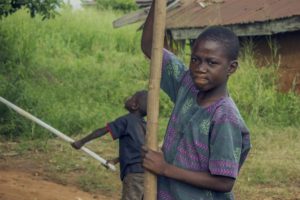 didn’t know if they flew or walked on the ground or both. In fact, I’m still a little confused about this…

I loved learning more about Nigeria’s culture and history, which this book is built on. The culture came out primarily in the way the characters talk and what words they use, though other beliefs and customs were threaded throughout. I wouldn’t have mind seeing and experience more of these unique practices, especially their food. I love it when authors have food in their books! The more the merrier ;).

I shouldn’t have been as surprised by the violence and ruthlessness in War Girls, due to the title, but I guess I expected the book to take place in a country ravaged by war but be about something else. But I don’t want you to be caught off guard like I was: this book is about war, and it’s not pretty.

If you enjoy fierce, ruthless female characters, sharp plot twists, and don’t mind violence, then this book might just be for you.

This book was like digging into a cherry cobbler and discovering a pit on your first bite–a shock and a bit painful. If you choose to pick it up, I hope you like it more than I did.

What are your favorite kinds of (female) characters? Fierce? Brave? Compassionate?