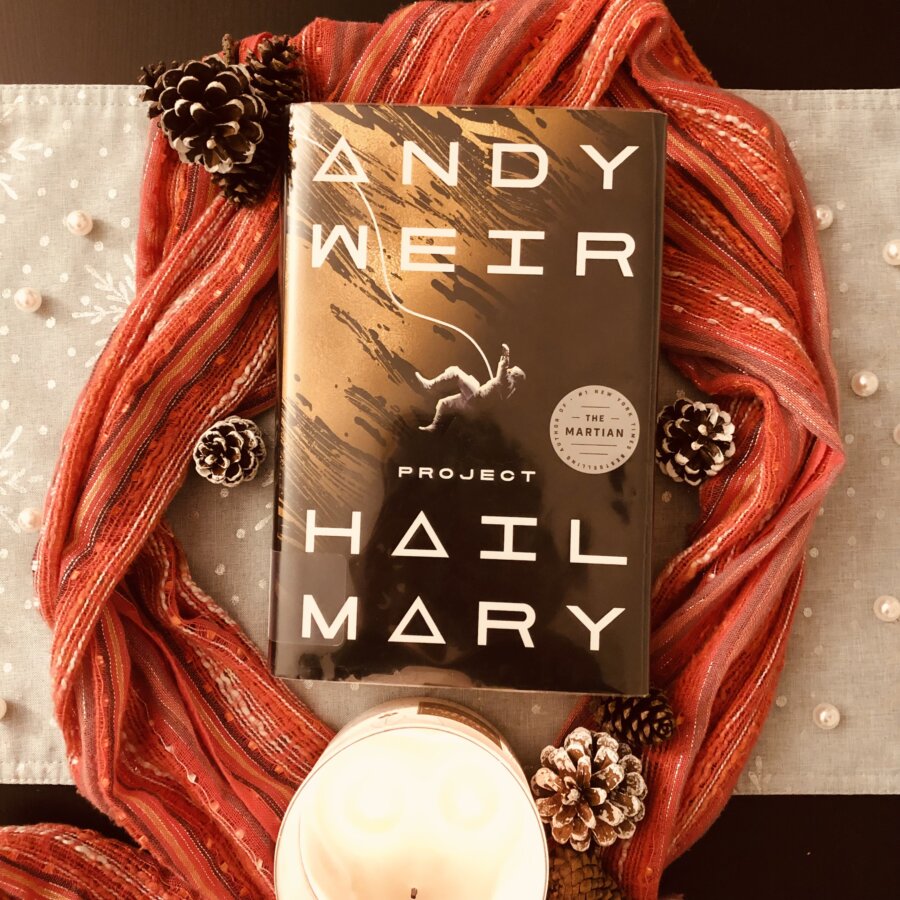 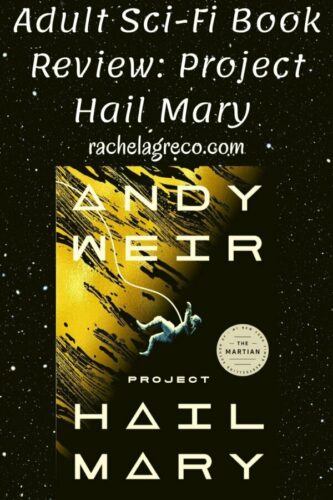 Ryland Grace is the sole survivor on a desperate, last-chance mission—and if he fails, humanity and the Earth itself will perish. (No pressure! ;))

Except that right now, he doesn’t know that. He can’t even remember his own name, let alone the nature of his assignment or how to complete it.

All he knows is that he’s been asleep for a very, very long time. And he’s just been awakened to find himself millions of miles from home, with nothing but two corpses for company.

His crewmates dead, his memories fuzzily returning, he realizes that an impossible task now confronts him. Alone on this tiny ship that’s been cobbled together by every government and space agency on the planet and hurled into the depths of space, it’s up to him to conquer an extinction-level threat to our species.

And thanks to an unexpected ally, he just might have a chance.

Project Hail Mary was my first book by Weir, and though many people loved it, I didn’t. Not having read anything by him, I wasn’t prepared for how much science was in the book. Yes, I know it’s a science fiction book, and I was expecting some of that, but not for the narrator to launch into how everything worked all the time. 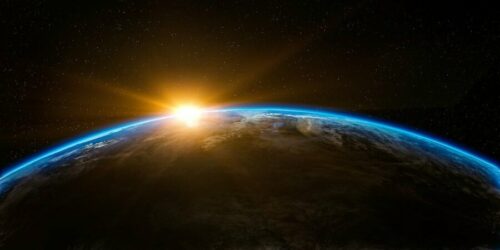 I probably wouldn’t have minded it if I liked math and cared about how things worked, but alas, I don’t in fiction, so this was just not the right book for me. I also had many doubts that a junior high school teacher would know all the myriad of things that Ryland did.

There were several times I longed for the plot to keep going and wondered if Ryland had forgotten about the billions of people back on earth he was supposed to be saving, as he seemed to get caught up in so many distractions. The sense of urgency that was supposed to be guiding the mission didn’t always appear in him.

I enjoyed the latter half of the book much more than the first half when the story and plot picked up again. My favorite part of the story was meeting Ryland’s mysterious ally, who’s so fun and different than the MC. Ryland was hilarious and entertaining, and it was easy to like him.

The ending was perfect, and though I’m not sure I’ll read another one of Weir’s books, I’m thankful I got to hang out with Ryland and his ally on a spaceship and watch them try to save the world.

Do you ever read sci-fi? If so, what are some of your favorites? If not, why not?