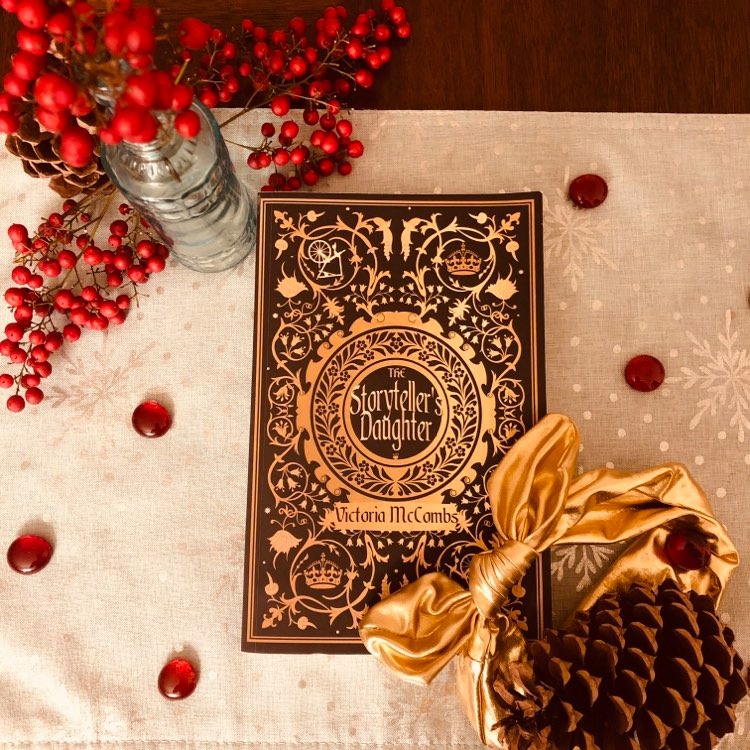 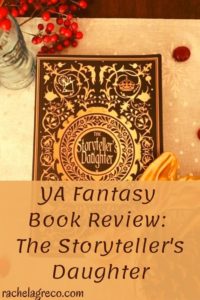 For as long as anyone can remember, every child in Westfallen has been born with a Gift, and these Gifts defined them. Then Cosette is born. Giftless.

An attempt to hide her misfortune brings her before the King, who entraps her to use her Gift as a pawn in his war.

Caught in a lie, Cosette desperately searches for a power strong enough to free her. Intrigued by whispers of an old king and a dark curse, she calls upon Rumpelstiltskin and finds him trapped in a magic deeper than she bargained for. Now, Cosette must fight to reclaim her freedom from the King and break Rumpel’s curse. When time runs out, she’ll lose more than her heart. She’ll lose her life.

A retelling of Rumpelstiltskin? Count me in! I haven’t read the original Rumpelstiltskin story, so I’m not sure how this book compares, but the most familiar element was there: spinning straw into gold. 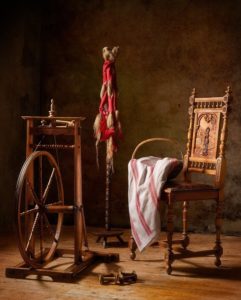 I loved the idea of Gifts (aka special powers) and wish Victoria McCombs had dove into it further, though she might in her companion novels to The Storyteller’s Daughter. I liked that Cosette didn’t have a Gift–a unique twist on all the fantasy books where the main character is the only one with special powers/magic. I just wish it had been explained better why she was the only one who didn’t. That remained a big unanswered question at the end of the book. But I did like the circular ending; it tied so nicely back into the beginning and showed the reader how Cosette had grown.

Throughout The Storyteller’s Daughter, I at times saw myself in Cosette in the way she loves sweets and books. These were familiar things I could latch onto in an unfamiliar world and made me like the main character even more.

I do wish there had been more descriptions at the beginning to ground me in the place the characters live. I mostly noticed this when Cosette first arrived at the castle. It was the first time she had ever been there, and we get little to no description, which drove the visual part of me crazy. However, this is remedied later in the book as Cosette explores more of the castle. Another (smallish) thing that drove me crazy were the typos. They weren’t on every page, but there were enough for me to grind my teeth in annoyance.

I was also a little frustrated with some of Cosette’s decisions/emotions and didn’t understand all of them. This isn’t a spoiler because it happens in the first few pages, but I didn’t understand why Cosette turns down her guy friend. I couldn’t grasp what about him made her turn her nose down; he seemed like a great guy to me. There were some other emotions later in the novel Cosette experienced that I thought were a bit dramatized or over-the-top for the situation. 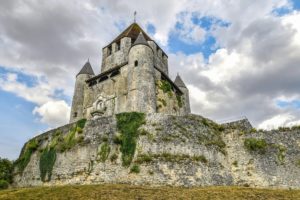 As the book progressed, I was disappointed by how it morphed from an adventure/mystery-plot into a love triangle based plot. I’m not a fan of love triangles or books that focus on romance, though I know some people eat them up like candy. If that’s you, then you’ll probably enjoy The Storyteller’s Daughter. This is probably my biggest problem with the book, because I wasn’t expecting it.

Another reason I knocked off a star on my review was that the reader is told the climax of the book, without actually ‘experiencing’ it through the main character. Cosette wasn’t around for the big ‘battle’ (it’s not really a battle), and since the narration is first person, the reader just gets to hear about the climax in conversation between Cosette and another character. The climax is one of the most exciting parts of a book–a reward for the reader to make it that far–and it just wasn’t there, sadly.

But, if you’re a fan of fairy tales and romance and don’t mind love triangles, then you might find The Storyteller’s Daughter to your taste.

What fairy tale retelling is your favorite?

YA Fantasy Book Review: Children of Blood and Bone