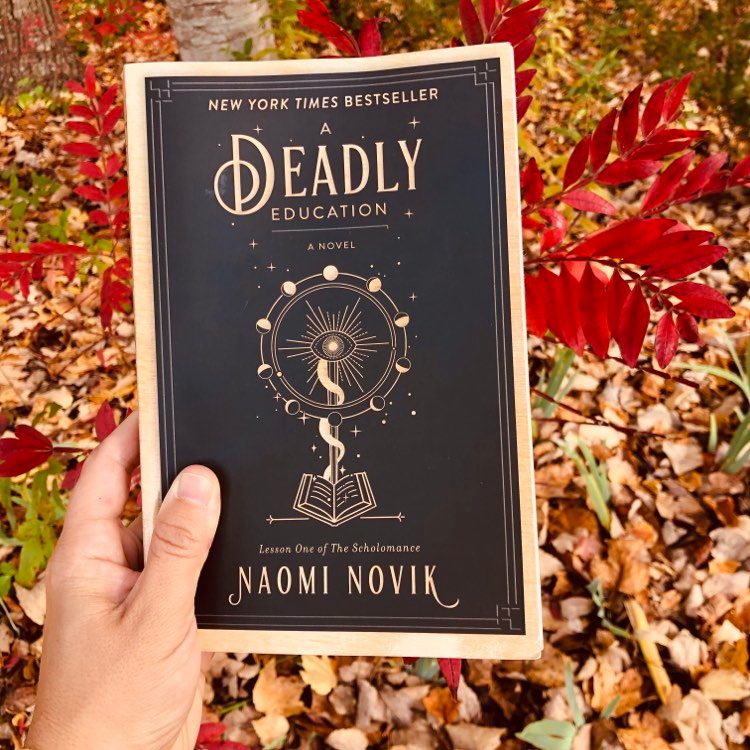 1st of the Scholomance Trilogy

Lesson One of the Scholomance: Learning has never been this deadly. 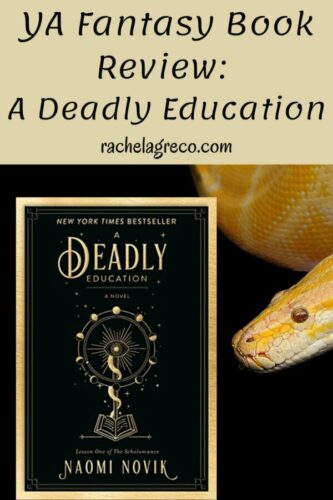 A Deadly Education is set at Scholomance, a school for the magically gifted where failure means certain death (for real) — until one girl, El, begins to unlock its many secrets.

There are no teachers, no holidays, and no friendships, save strategic ones. Survival is more important than any letter grade, for the school won’t allow its students to leave until they graduate… or die! The rules are deceptively simple: Don’t walk the halls alone. And beware of the monsters who lurk everywhere.

El is uniquely prepared for the school’s dangers. She may be without allies, but she possesses a dark power strong enough to level mountains and wipe out millions. It would be easy enough for El to defeat the monsters that prowl the school. The problem? Her powerful dark magic might also kill all the other students.

What a wonderfully unique book! I’ve loved everything else I’ve read by Naomi Novik–Spinning Silver and Uprooted–but I’d heard about the different kind of narration in A Deadly Education and don’t love witches, so I wasn’t sure if I’d like this book or not.

Thankfully, I didn’t need to worry. The narration is pretty rambly, but it didn’t bother me, probably because it fits El’s personality so well. Speaking of which, let’s talk about El, the MC for a bit. She seems quite rude and antisocial at first, but the reader soon learns there are so many layers to her–how she’s been snubbed by others pretty much her entire life because of the prophecies that she’ll turn into this evil sorceress, and how she truly does care for others and craves their attention and kindness (like everyone does, really). 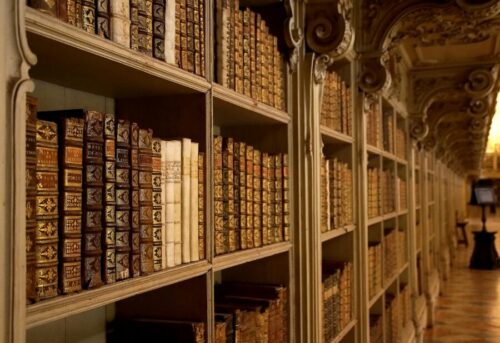 What really makes me love El besides her hilarious snide comments is that she tries so hard not to be the dark sorceress everyone thinks she will be despite her affinity for dark magic and how the Scholomance basically wants it to happen. She sacrifices and works so hard just so she won’t kill everyone around her. Also, she truly does have a kind heart once you get to know her.

El’s relationship with Orion is hilarious and weird–like them. I highly enjoyed their interactions, and I’m curious how their relationship will progress (or not) in the future.

And I loved learning how the school works and how El had to basically trick it to get the book she wanted or to not die. It’s definitely one of the characters, even if it’s not strictly alive.

The book is a bit info-dumpy and sometimes difficult to follow as El swiftly changes subjects and tells the reader all about how the world works without much action intermingled. It would have been nice to take more breaks between these long spells of information, or make them less like random rabbit holes, but then we would have lost some of El’s personality.

I honestly can’t think of anything similar to A Deadly Education, but if you like Novik’s other books, monsters, anti-hero-type characters, then you should definitely pick this book up.