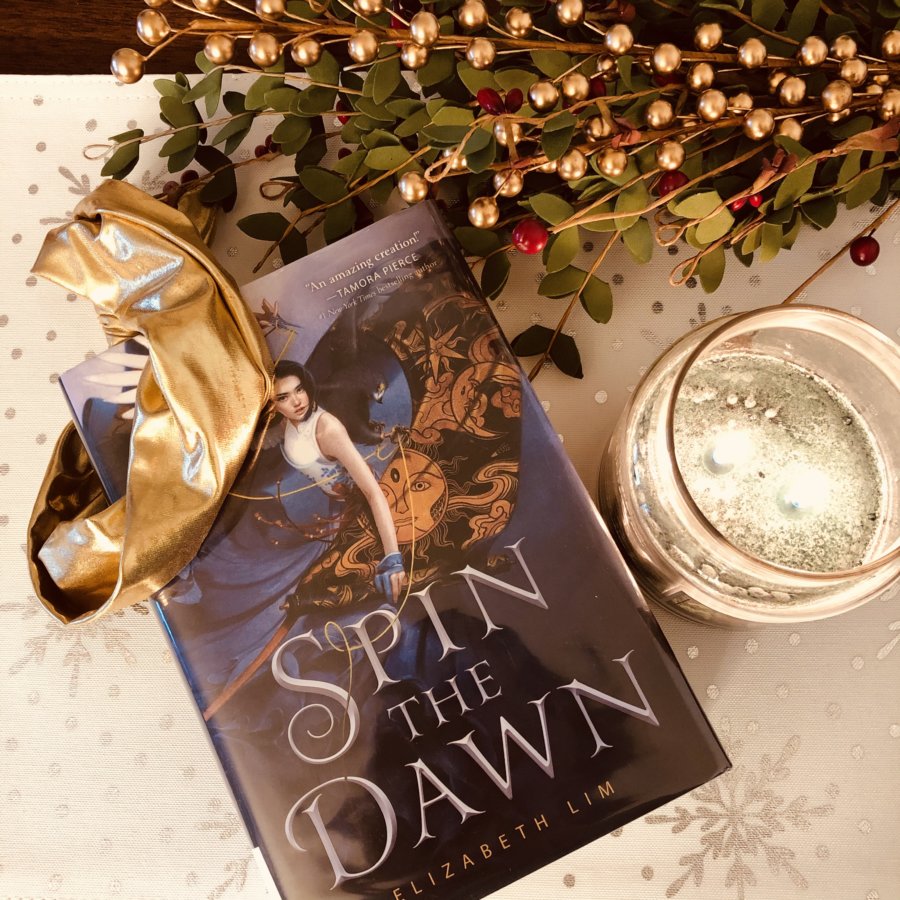 1st Book of the Blood of Stars Duology 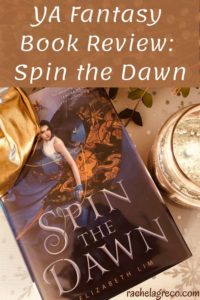 Maia Tamarin dreams of becoming the greatest tailor in the land, but as a girl, the best she can hope for is to marry well. When a royal messenger summons her ailing father, once a tailor of renown, to court, Maia poses as a boy and takes his place. She knows her life is forfeit if her secret is discovered, but she’ll take that risk to achieve her dream and save her family from ruin. There’s just one catch: Maia is one of twelve tailors vying for the job.

Backstabbing and lies run rampant as the tailors compete in challenges to prove their artistry and skill. Maia’s task is further complicated when she draws the attention of the court magician, Edan, whose piercing eyes seem to see straight through her disguise.

And nothing could have prepared her for the final challenge: to sew three magic gowns for the emperor’s reluctant bride-to-be, from the laughter of the sun, the tears of the moon, and the blood of stars. With this impossible task before her, she embarks on a journey to the far reaches of the kingdom, seeking the sun, the moon, and the stars, and finding more than she ever could have imagined.

I’d seen people raving about this book all over Instagram, and the story steeped in Asian culture intrigued me, so, of course, I had to pick it up. And I’m so glad I did!

The culture and world building is so rich and well-done, from the warring politics and unique geography of the land to the stories rich in folklore and myth that form the basis for the world and story. I love the Asian-inspired ingredients dumped into every corner of the book: the kind of food they ate, the people’s names, and the culture’s mythology. I don’t know how much of it is pulled from actual Asian folklore or history, but I could easily believe that most of it is! 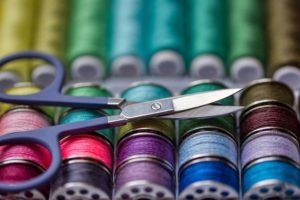 Now, Maia. She is a fierce, talented artist with lofty dreams. But what she cares most about is her family. I enjoyed seeing her interact with her brothers at the beginning of the book and how she kept caring for them in different ways throughout the story. She and her world changes throughout the novel, but her love for her family is a constant point.

The magic in this world is a bit more hidden than in most fairy tale retellings/fantasy books. Instead of the main character possessing magic, she possesses magic scissors. I think it’s actually funny (and I agreed with her) how Maia didn’t want to use anything magic at first. If you’ve only grown up with your own talents, why bother with magic? It was fun watching her attitude about magic morph over the course of the novel.

By this point you’re probably wondering what fairy tale Spin the Dawn retells. It goes by many different names, but the one that came up first in my search was “Allerleirauh,” a Grimm fairy tale about a girl who must make a dress as golden as the sun, one as silver as the moon, and one as dazzling as the stars. And that’s about all the original tale has in common with Spin the Dawn–which might not be a bad thing.

I also loved the romance between two certain characters in the book. It wasn’t ‘insta-love’ and seemed to develop naturally. It’s a romance that shakes the stars and might just shake your world too. In fact, all of this book might shake your world. There’s nothing quite like it, and I can’t wait to read the sequel, Unravel the Dusk, as soon as my copy arrives!

What are some Asian-based books you’ve read?