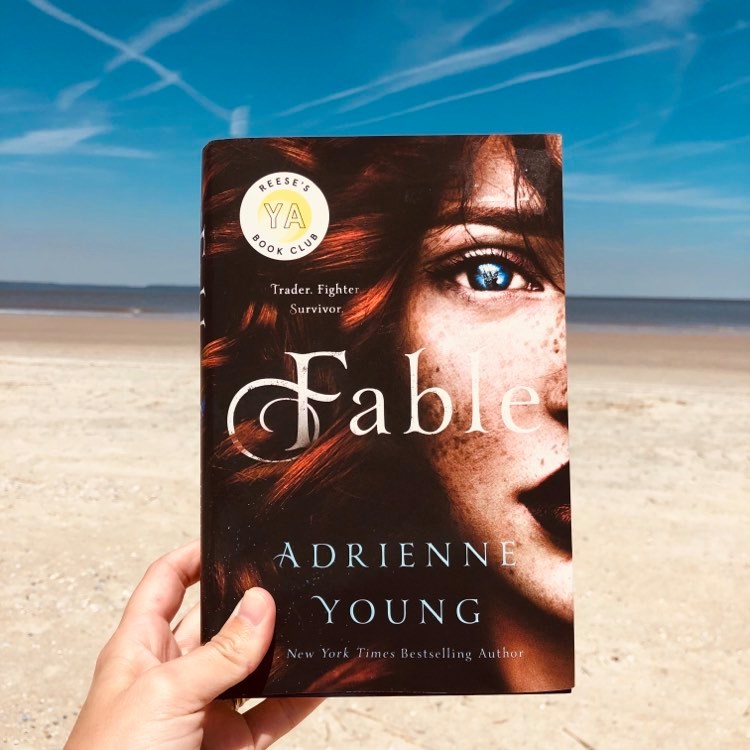 1st Book in the Fable Duology 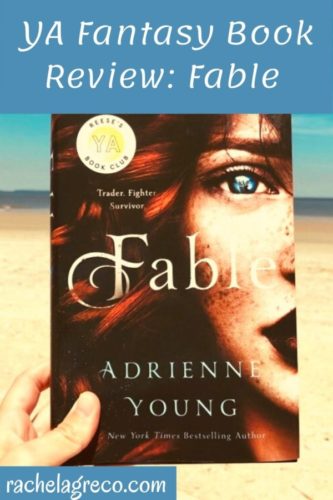 For seventeen-year-old Fable, the daughter of the most powerful trader in the Narrows, the sea is the only home she has ever known. It’s been four years since the night she watched her mother drown during an unforgivable storm. The next day her father abandoned her on a legendary island filled with thieves and little food.

To survive, she must keep to herself, learn to trust no one, and rely on the unique skills her mother taught her. The only thing that keeps her going is the goal of getting off the island, finding her father,  and demanding her rightful place beside him and his crew. To do so Fable enlists the help of a young trader named West to get her off the island and across the Narrows to her father. 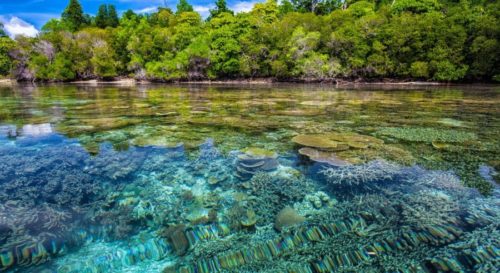 But her father’s rivalries and the dangers of his trading enterprise have only multiplied since she last saw him, and Fable soon finds that West isn’t who he seems. Together, they will have to survive more than the treacherous storms that haunt the Narrows if they’re going to stay alive.

Fable made me want to don an eyepatch and hop aboard a sailing vessel to explore the farthest seas alongside the crew. The worldbuilding was beautiful–lovely descriptions of the fluttering fish in the reef, the vibracy of the colors, the details of the ships. The latter astounded me; there were so many nautical and sailing terms, and I’m no sailor, so they could have been used the wrong way, but I doubt it. Adrienne Young must have put hours into researching sailing, and it paid off! I truly believed the crew and even the author, had grown up on ships.

I also loved the idea of Gem Mages and how Fable’s able to ‘hear’ gems. I hope this is explored more in the sequel, Namesake, because it was fascinating and has so many thrilling possibilities. 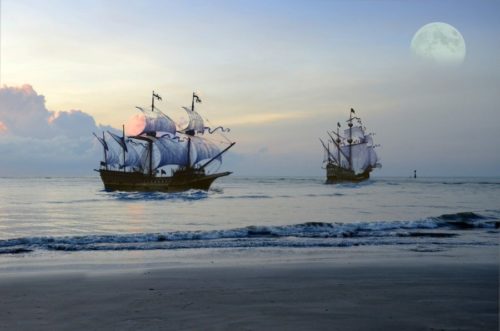 until about the last third of the book. Because of the harsh world they live in (pirates, scoundrels, thieves), all the characters are pretty tough. They keep all their secrets deep within, don’t trust each other, and act like they could care less about others.

Thankfully, with the help of flashbacks and the characters warming up to each other, I too began to soften toward the characters near the end and could see them as humans with actual hearts. I wish this had happened earlier in the book, especially with Fable, perhaps by letting the reader deeper into her mind to see more of her fears, failings, doubts, etc. But I’m glad more of this shone through in the latter third of the book, and I’m hoping more of Fable and the other character’s true selves will crack open in the sequel.

Also, when two characters fell in love, it seemed a little fast/hard to believe. They’d known each other for a few years, but the reader hadn’t seen any of that attraction happen, so the whole thing felt a little superficial. It would have been nice to have more flashbacks or fond remembrances of those years or just make the romance more believable in other ways–especially because the two characters were being so closed off/secretive with each other for most of the book.

But Fable was still a fun, quick read, perfect for any ocean or pirate-loving booknerd.

What’s your favorite book about pirates?