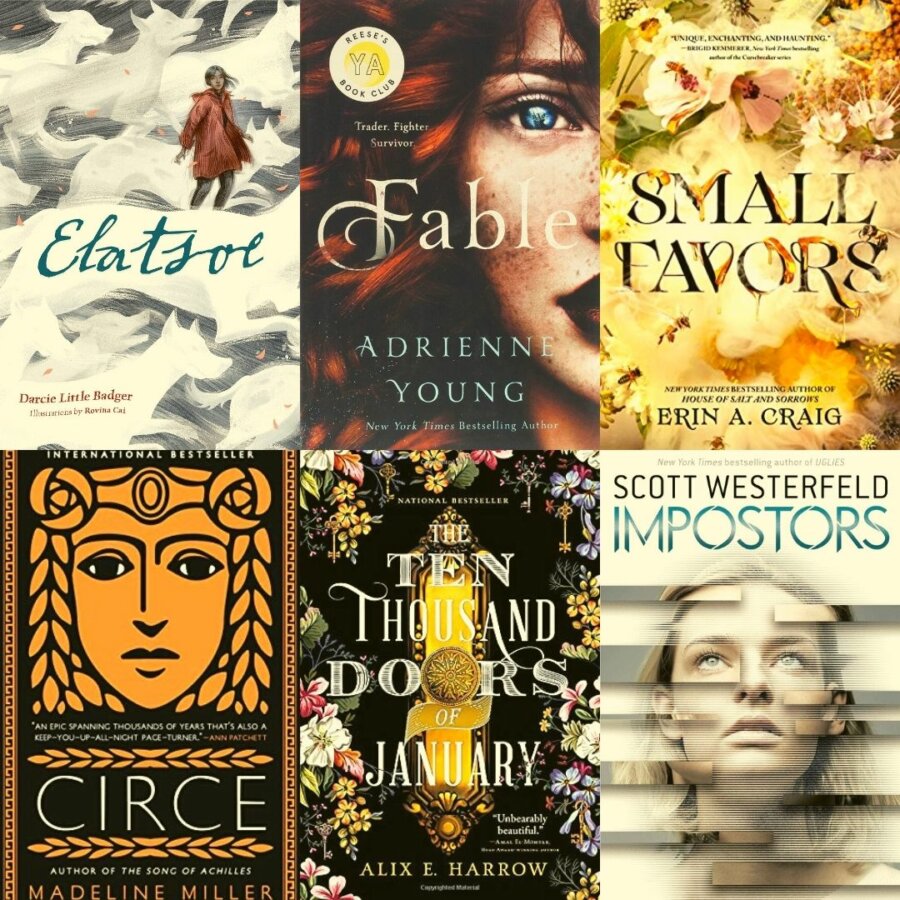 Whew. Can you believe 2021 is already over? I sure can’t; it blew by like a hurricane. I didn’t read as many excellent books as in 2020, but there were still some that took my breath away, and I found a new favorite Indie author, which is always exciting. And so, without further ado, I give you my favorite fantasy/sci-fi books of 2021:

Empire of Dragons by Rachel L. Schade: This is one of my new favorite independently-published novels. The writing was flawless, the characters broke my heart in the best ways, and the world-building superb. Also, here there be dragons! I can’t wait to get my hands on the sequel, which comes out later this month.

Small Favors by Erin A. Craig: An eerie, mysterious magical realism story filled with monsters and magic. I didn’t enjoy it as much as House of Salt and Sorrows, but it was still a delightfully tense book that reeled me in like a fish.

Anya and the Dragon by Sofiya Pasternack: This Middle Grade historical fantasy made me fall in love with the genre all over again! The setting of old Russia is picturesque and mythical, the magic system unique, and the characters are quite a hoot. Anya and the Dragon is just a plain good old fun tale–perfect for any age.

The Wide Starlight by Nicole Lesperance: A beautiful, atmospheric YA fantasy about a girl searching for her mother. This is a perfect winter read to cuddle with next to a fire, but make sure you have some kleenexes nearby, because it’s sure to pull forth some tears!

The Ten Thousand Doors of January by Alix E. Harrow: I must have been in a magical realism mood last year, because this is the third one on this list. It must have been a good year for the genre! This novel is geared toward a slightly older audience, more New Adult than YA, though it could be for either. I adored January (and her name), and the creative portal-jumping magic found in this lovely tale of family and adventure.

Shadow and Bone by Leigh Bardugo: This YA series was everywhere this year, thanks to the T.V. show, and it mostly lived up to the hype. It was a fairly predictable ‘Chosen One’ trope plot, but I loved Mal and Alina’s wit and learning the lore and history of this shadow-filled land. The series got worse with each book, but it’s still a great epic journey for anyone who loves YA fantasy.

Fable by Adrienne Young: If you’re a lover of pirate books, then this novel–the first of a duology–is for you! Fable herself wasn’t my favorite character, nor really was anyone in this series–but I adored the idea of magic in the gems buried beneath the sea, and the rollicking ocean world that Young created.

Circe by Madeline Miller: An exquisitely written adult fantasy book that dips down into the history of the gods like someone looking for pears and offering you the shiniest, largest ones. A slow, rich story about a goddess learning who she is and who she wants to be. It’s a stand alone, which is always a plus in my book (or bookshelf, I should say ;).

Elatsoe by Darcie Little Badger: A fascinating tale by an Indigenous American that takes place in an America not like ours and follows the murder of a the main character’s cousin. There’s ghost magic, but not enough to keep you up at night. Another wonderful stand alone.

Graceling by Kristin Cashore: I’m so glad I finally got around to reading this book that’s been on my shelves for far too long! An exciting medieval fantasy about Katsa, who’s Graced with fighting, which means she can kill anyone in any way. But Katsa’s tired of being the King’s thug and harming innocent people. When she meets Po, new opportunities and secrets open before her.

The Scythe Trilogy by Neal Shusterman: I loved this entire dystopian trilogy so much! There’s intrigue, fantastic world building and characters you both want to love and hate, and a plot full of twists and turns that left me gaping like a fish. This was probably the best-written series I read in 2021, and one of those series they’ll still be teaching in high schools in 50 years.

Girls Made of Snow and Glass by Melissa Bashardoust: A gorgeous Snow White retelling that’s more about mother and daughter than true love. Nearly every chapter switched from the main character’s perspective to that of her mother’s–in the past. A heart-wrenching fairy tale retelling book to snuggle up with this winter.

The Bear and the Nightingale by Katherine Arden: Another wonderful winter read about mythical Russia, where local legends clash with religion in one girl’s battle with her stepmother. Make sure you have the next two book at hand, because you’ll want to gobble them up as soon as you finish this book!

Impostors by Scott Westerfeld: I hadn’t read a book by Scott Westerfeld in a long time, and this one had been sitting on my shelf for a while, so I finally picked it up. This YA dystopian doesn’t match the depth and intricate plots of those in Scythe, but it’s still a superbly-written fast-paced story about two twins and messed-up dad. It’s a short, quick read!

What were some of the best books you read in 2021?

15 YA Books to Read Based on Your Mood